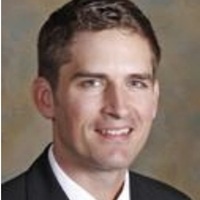 Dr Keenan and colleagues at UCSF's Proctor Foundation have demonstrated (in the MORDOR I study) that twice-yearly azithromycin administration to children in various African countries reduced childhood mortality significantly. Recently they followed up with MORDOR II (Macrolides Oraux pour Réduire les Décès avec un Oeil sur la Résistance). They examined whether, continued administration would induce antibiotic resistance and decrease efficacy, or whether community wide reduction of bacteria would increase efficacy. In tandem, they explored whether azithromycin, which has antimalarial activity, reduces the community burden of malaria. The  trial evaluated childhood mortality in various Niger communities who had and had not received azithromycin the previous 2 years.

Please join the Dept of Pediatrics and the Institute for Global Health Sciences in welcoming Dr Keenan, as part of the 5th Annual Global Child Health Lecture Series.

Questions about the Events Calendar? Check out our FAQ or contact us at calendar@ucsf.edu.
© 2018 The Regents of the University of California. All rights reserved.
© 2018 The UC Regents | FAQ | Contact Us
This event content is powered by the Localist Community Event Platform.