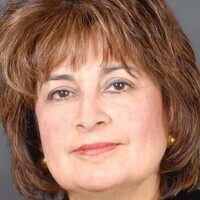 Dr. Barbara Aranda-Naranjo is Associate Provost at the University of the Incarnate Word in San Antonio, Texas, and was previously the director of the Division of Training and Capacity Development of the United States Department of Health, Health Resources and Services Administration HIV/AIDS Programs. She has been a public health nurse working with underserved, resilient populations for 35 years and received her doctoral degree in community health nursing with distinction from the University of Texas in Austin in May 1997.

Aranda-Naranjo has held significant public health community leadership positions at the local, state and federal levels in addition to two endowed chair positions, one at the University of the Incarnate Word in San Antonio, Texas, and the other at Georgetown University in Washington, DC. She is recognized as a leader in nursing and public health for her tireless efforts in improving the quality of life for people living with HIV/AIDS in the United States and Africa.