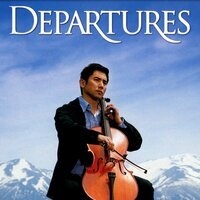 We are excited to invite you to the Palliative Care Film Night. This event is sponsored by the UCSF Division of Palliative Medicine and is free and open to anyone.

We will be screening the film: Departures by Yojiro Takita.

Departures won the 2009 Academy Award for best foreign language film and the late, acclaimed film critic Roger Ebert included Departures in his list of Great Movies. You can read his review here: https://www.rogerebert.com/reviews/great-movie-departures-2009

Palliative Care film night is being held in collaboration with our friend and colleague Tom Almeida who founded and leads inFinito, an organization in Brazil that seeks to change the culture around serious illness and end-of-life care there. (http://en.infinito.etc.br/ )

For the past two years, Tom has hosted monthly movie nights called Cineclube Da Morte (Death Film Club where attendees watch a film together and then discuss it. In that tradition, in honor of Tom’s visit to SF and UCSF, and with a more PC friendly name we will host our first Palliative Care Film Night with a screening of Departures followed by a discussion.

It promises to be an engaging and fun evening of great film, great friends and great discussion.

If you plan to attend, RSVP directly with Jessica.Lokumkiattikul@ucsf.edu

Hope you can join us!