Barrett Lyon Presents: Understanding Security Through Visualization of the Metaphysical 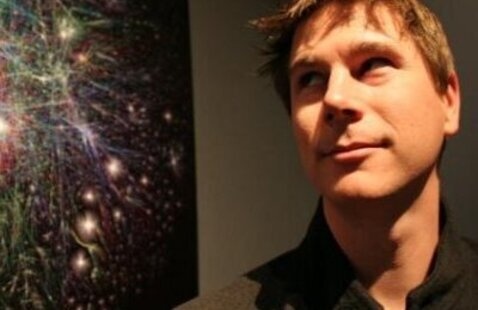 When it comes to security practitioners, there are different learners - visual and contextual.  Traditionally in security, users interact with the network architecture in a non-visual way. But for security practitioners that learn by seeing, it becomes difficult to really understand what is happening on their networks.

Realizing this, technologists are slowly shifting to create interfaces and data in visually useful forms.  They are leveraging art in a way that gives visual learners the ability to do their job better. The internet - the largest network of all - is abstract and hard to visualize. But it has been made more visually approachable by the Opte Project, an open-source initiative to create a visual representation of the metaphysical spaces of the internet. Created by Barrett Lyon, who is the former founder and CTO of Prolexic Technologies, the first managed service to defend enterprises from DDoS attacks (acquired by Akamai), the former founder and CTO of Defense.Net (acquired by F5 Network) and the former Co-founder and CTO of BitGravity (acquired by Tata Communications), Opte visually showcases how each connection works, and its influence along with the rise and fall of networks and even countries over time.

Today, Barrett is the CEO and co-founder of Netography, a security platform. Now, Barrett and his team are applying the same approach to security, by creating interfaces that connect and visualize data in meaningful ways.  In an era of COVID-19, when security teams are spending more time interfacing with tools, and less with each other, visual learners must have better tools to see the whole picture, in order to protect their networks.

The first 10 people to sign into the webinar will win a copy of the book Fatal System Error: The Hunt for the New Crime Lords Who Are Bringing Down the Internet by Joseph Menn:

In 2004, a California computer whiz named Barrett Lyon uncovered the identity of a hacker running major assaults on business websites. Without fully grasping the repercussions, he set on an investigation that led him into the heart of the Russian mob. Cybercrime was evolving. No longer the domain of small-time thieves, it had been discovered by sophisticated gangs. They began by attacking corporate websites but increasingly stole financial data from consumers and defense secrets from governments.

While Barrett investigated the cutting edge of technology crime, the U.S. government struggled to catch up. Britain, however, was a different story. In the late 1990s, the Queen herself had declared safe e-commerce a national security priority. Agents from the London-based National Hi-Tech Crime Unit sought out Barrett and enlisted his help. They also sent detective Andrew Crocker, a Welsh former boxer, to Russia to track down and prosecute the hackers -- and to find out who they worked for.

Fatal System Error penetrates both the Russian cyber-mob and the American mafia as the two fight over the Internet's massive spoils. It takes readers into the murky hacker underground, traveling the globe from San Francisco to Costa Rica, London, and Russia. Using unprecedented access to mob businesses and Russian officials, it shows how top criminals earned protection from the Russian government -- and how Barrett Lyon and Andrew Crocker got closer to the titans of the underground economy than any previous outsider. Together, their stories explain why cybercrime is much worse than you thought -- and why the Internet might not survive.